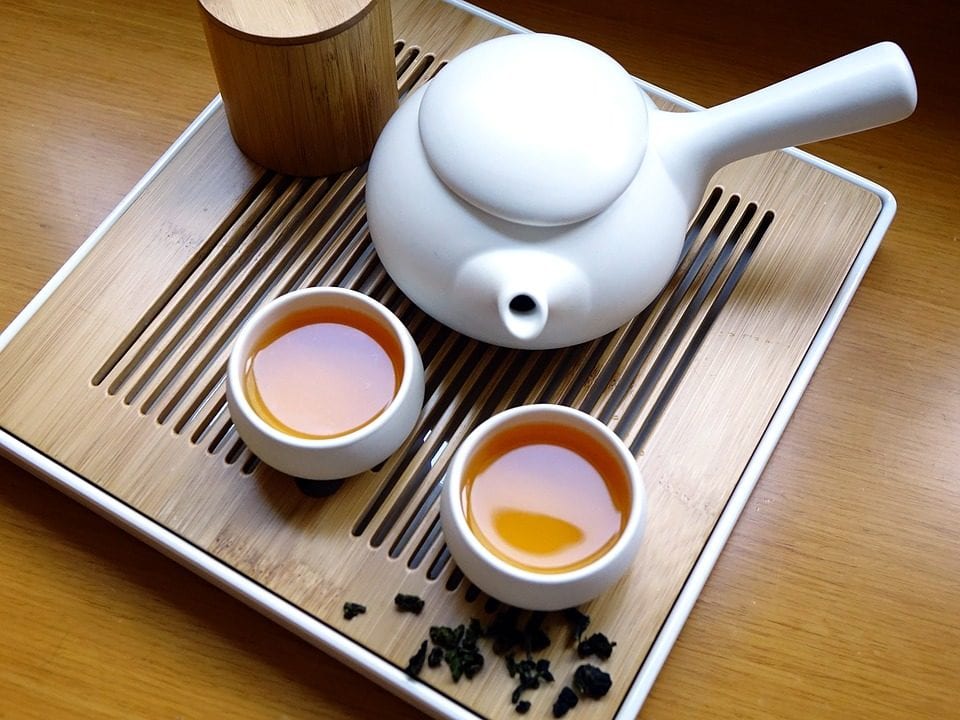 It is known that nutrition can be considered as an integral part of the treatment of diseases of internal organs. The mouth and teeth in children are no exception. In addition, some beverages can also be useful, for example, tea, both black and green. Dentists say that with the help of tea can prevent caries.

Caries is a pathological process characterized by the destruction of enamel and dentin under the action of acids, which secrete bacteria. Among the caries-forming bacteria, there are some representatives of streptococci, as well as those that, as a result of their vital activity, release lactic or pyruvic acids. They contribute to the destruction of enamel.

Just these bacteria need to be feared, and all treatment should be aimed at controlling their reproduction. It is worth remembering that these representatives of the genus Streptococcus are part of the microflora of the oral cavity and are classed as conditionally pathogenic. And the source of infection of children can be parents themselves with unsanitary oral cavity. But even the absence of caries in adults does not mean that parents are not carriers of dangerous bacteria.

Normally, bacteria do not cause caries and do not cause any harm, their reproduction and development is restrained by the protective forces of the oral cavity, but with a decrease in immune defense or any other circumstances, it can provoke tooth diseases in children.
Parents should remember that the teeth of children have their own specifics. Anatomical and physiological features will contribute to the increased risks of caries formation and other diseases of the oral cavity.

If to speak about predisposing factors, then to their number it is possible to carry unsatisfactory hygiene of the oral cavity, as well as malnutrition with the prevalence of fast carbohydrates in the diet – sweets. But, nevertheless, for the formation of caries more often a combination of several predisposing factors is required.

Parents should remember that food and drinks can not only act as provoking caries factors, but also help to protect children’s teeth from caries.

Dentists about the composition of tea

Tea is a unique drink that is the source of numerous minerals and vitamins that are useful for the whole body and for teeth in children in particular. Dentists say that the final mineral composition of tea depends on its kind, the method of assembly, drying, the duration of tea storage, as well as the way of brewing.

It is difficult to compare tea from sachets and ordinary leaf, which must be brewed according to the rules. In addition, the composition of black and green tea is different.

Nevertheless, in any kind of tea you can find:

What is so unique about fluoride? First, it is an element that creates strong links between substances that are difficult to destroy. Recall that the enamel is of inorganic origin, consisting of calcium hydroxyapatite. The introduction of fluorine into the crystal lattice promotes the formation of stronger enamel prisms – fluorine hydroxyapatite, which is more resistant to acids produced by caries-forming bacteria.

Therefore, a sufficient presence of fluoride in the baby’s diet will help prevent caries and strengthen the enamel.

Scientific research has proved the role of fluoride in caries prevention. Scientists compared different methods of introducing fluoride into the enamel of teeth in children and analyzed the results. The data showed that the most effective local introduction of fluoride in the teeth in children, for example, with the help of applications, but this procedure can only hold a dentist in a clinic.

Such results are also characteristic for other minerals. Correction of the diet is a necessary and useful measure, but it is not half as effective as the local introduction of minerals into the crystal lattice of tooth enamel in children.

But to enhance the effect, you need fluoride “from within”, that is, through saliva. And this is possible only with the use of food products or when taking medications.

Recent studies of dentists have shown that tooth fluoridation in children is even more effective in comparison with the sealing of fissures.

What else is useful for children’s teeth

Dentists say that the uniqueness of tea is not only in the presence of fluoride, but also other substances that help to contain growth and reproduction of bacteria.

Studies have shown that three cups of tea a day is the optimal dose that will help to restrain the growth and development of bacteria that can form caries.

Contained in tea antioxidants, flavonoids and tannins have some kind of antiseptic effect, that is, they can restrain the growth and development of the pathogenic flora that causes caries.

A dentist can recommend teas for the prevention of not only caries, but also inflammatory diseases of the gums, which is especially true for adolescents.

Also, studies have shown that black tea can destroy pathogenic bacteria and saturate the enamel with minerals. But nevertheless, green tea, which can neutralize sulfur compounds for fresh breath, is more useful. And also in this form of tea there is a high concentration of fluoride, but only in the second brew and with all the traditions of the tea ceremony.

Parents should remember that one tea is not enough for the prevention of tooth decay, and this does not mean that you can refuse teeth cleaning, nutrition correction and preventive visits to the dentist. Tea can be considered only as an additional preventive procedure in the complex therapy. In addition, it is a much more useful drink than numerous lemonades and sodas. But only on condition that in tea for children there is no sugar or there is its minimum quantity.