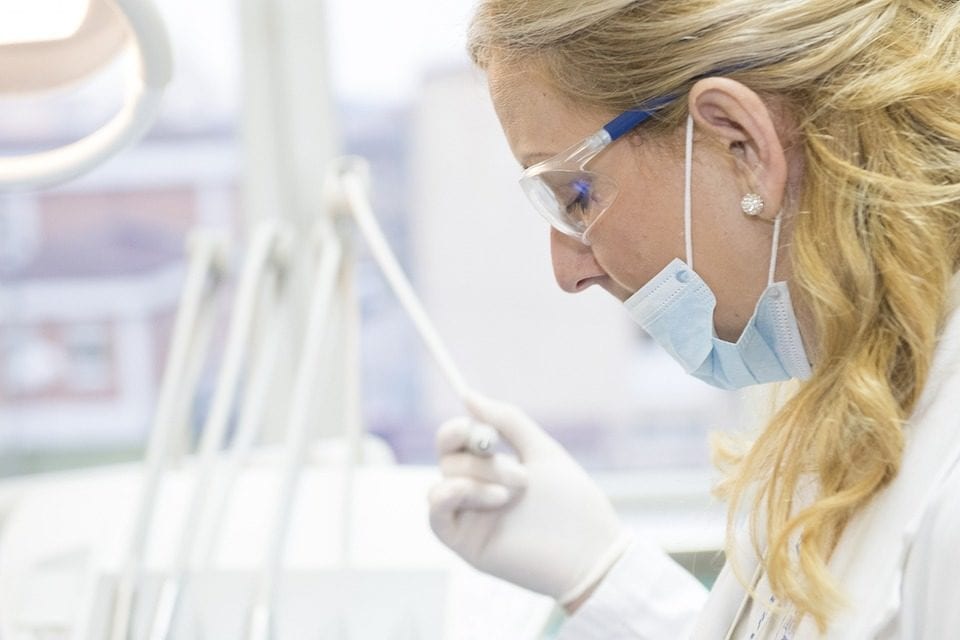 “My girlfriends and I are going to SPA today … for teeth!” A few years ago, a trip to the dentist caused at least a shiver in his knees. Today, being in the doctor’s office is no longer stress. New technologies allow you to relax during treatment, and sometimes even have fun. However, new services are just around the corner, which already cause a stir. Before you are the top 5 dental procedures of the future, some of which have already become a reality.

“Computer tooth” instead of a seal
When tooth decay destroys part of the tooth – we are rescued by a seal. In order to put it, you need to open your mouth as wide as possible, to suffer, while a turbine whistles next to your ear. Then, traditionally, feel the taste of a specific paste, which later turns into a part of a collapsed tooth.

However, over time and in all clinics refuse the use of filling materials, and caries treatment will be as follows: the dentist makes a computer tomography of the tooth, determines the degree of destruction and the volume of the affected tissues. Then he processes the carious cavity, removes damaged tissues within healthy tissues. It scans the tooth with a three-dimensional intraoral scanner. Using a computer program simulates the missing part of the tooth, then the 3D machine pulls out a tab from a single piece of ceramics. If necessary, a crown is made in the same way. The dentist can only fix the insert and crown in the treated carious cavity. Everything: the client is happy, and the doctor is satisfied.

Manicure for all 32
The procedure is performed by a dental hygienist. First, the doctor cleans his teeth with a special powder. Then he applies a special compound that binds the enamel to the nanocoating. Then brush, step by step, covers the teeth with a dental miracle lacquer. Hence the feeling that a manicure is done with the teeth. All 32 teeth immediately become glossy. Dental lacquer, depending on the type, can both bleach, and restore, remineralize the enamel, saturating it with trace elements. There is nothing to do with bleaching in this procedure.

When bleaching, chemical whitening of the enamel itself takes place, while the “varnish” itself restores the enamel density, strengthens the tooth and is applied over its own enamel. And, to some extent, protects him from damage. In addition, some nanopreparations contain antiseptics. And due to this, they can prevent the initial stages of caries. The procedure lasts about forty-five minutes and is absolutely painless.

SPA for your mouth
What is SPA? This, first of all, rest and relaxation. Relax, it turns out, you can and in the office at the dentist. The main stages of the procedure are preceded by unobtrusive music, aromatherapy and phyto tea. Then comes time to work on the oral cavity: cleaning teeth from plaque and age spots with the use of thermal water. In addition to the latter, safe pastes are used, as well as chemical peels with an acid content that dissolves mineralized deposits.

As you might guess, all the used products include SPA components – thermal water and essential oils, which have a soothing and anti-inflammatory effect. SPA in dentistry presupposes care not only for teeth, but also for soft tissues – first of all, gums. The complex of procedures includes all kinds of irrigation, baths and other actions aimed at anti-inflammatory, soothing, toning and other effects. Complex SPA for teeth and gums is most effective when it is conducted at least once every six months. Needless to say, this procedure is not only painless, but, on the contrary, pleasant.

Spray – and it’s ready!
How does the work of a modern dentist begin? With an anesthetic injection. However, there are people who are afraid not so much of pain as of the injections themselves. And they are afraid of panic, even willingness to walk with sick teeth.

American dentists from the University of Pennsylvania have suggested replacing injections with a nasal spray. The preparation includes a local anesthetic tetracaine and a nasal vasoconstrictor preparation oxymetazoline. For anesthesia, it is enough to “sprinkle” the spray into the nose of the patient – and you can start working.

Such anesthesia in some cases allows you to treat teeth on the upper jaw: incisors, canines and molars. Tests showed that the drug works well in 88% of patients. The only side effect was a slight runny nose and nasal congestion right after the procedure. But you can endure it, can not you?

Grow a tooth directly in the mouth
Scientists from Tokyo University of Natural Sciences managed to grow a real new tooth in the mouth of the experimental mouse! Researchers extracted from the embryos of mice 50 thousand stem cells, from which the teeth are formed. Then a few weeks they were grown on a collagen matrix. As a result, the embryo of the tooth has grown. He was transplanted by an adult mouse into the place of the cutter, and after 37 days the tooth made its way through the gum. And after another 50 days the mouse chewed with all its teeth!

The process of formation of teeth in humans and animals takes place in different ways. And whether it will be possible to repeat the mouse experience in the human mouth, is still unknown. But already today cellular technologies are used to create dental implants. As for live teeth, there are still a lot of clinical problems for scientists and doctors (for example, adaptation of a new tooth to bite). And even if they manage to solve them, it is unlikely that the teeth from the stem cells will be cheap – certainly much more expensive than the current implants.