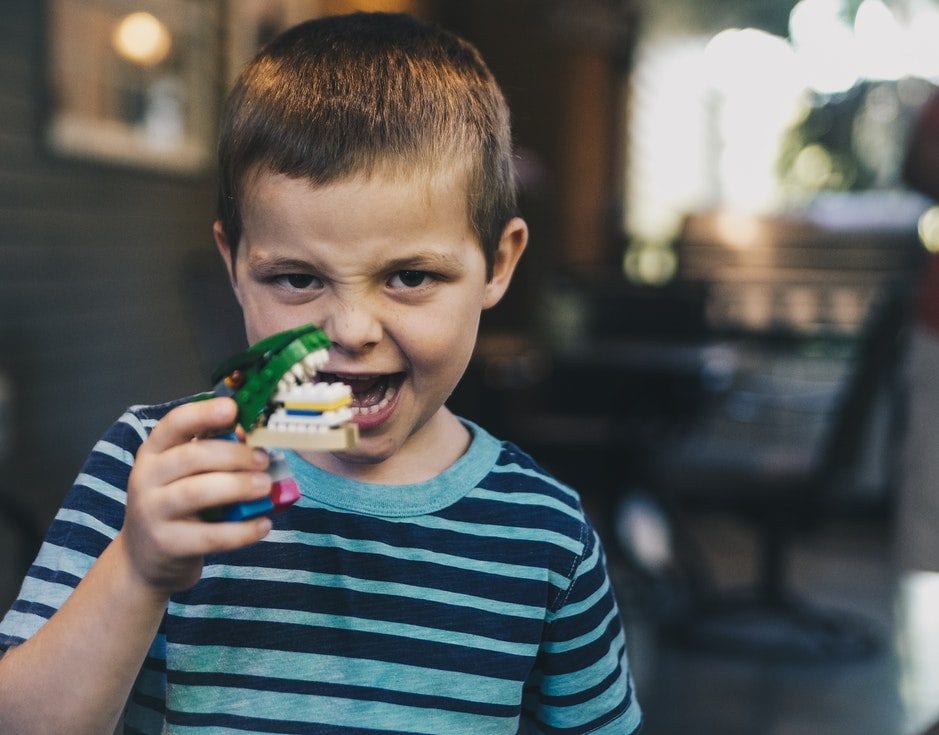 Beautiful, even teeth were always considered an indicator of health and attractiveness. To the future, your baby could shine with a “Hollywood smile”, pay attention to his teeth from an early age.

How equal the child will have teeth depends on the bite. Still often there are pathologies of separate teeth.

The bite is considered correct when the upper jaw overlaps the lower jaw. But all newborns are born with a feature in which the lower jaw is slightly pushed forward. It is necessary that the child is comfortable to grab the nipple and eat. Gradually, the lower jaw becomes in place and an occlusion is formed: first a milky, then replaceable, and then a constant one. How much it will be correct, many factors influence.

Bad bite in children can develop due to:

The rudiments of infant teeth are formed in the first months of pregnancy. During this period, their lifestyle is affected by the lifestyle of the future mother and the features of nutrition.

When the first teeth begin to grow in children, they tend to be even and close to each other. As the baby grows, his jaw also grows, because of this, teeth are often pushed apart and uniform slits are formed between them. Such gaps should not cause concern to parents. Attention should be paid only to uneven slits, which indicate an asymmetric development of the jaw plates.

Sometimes there are curves of baby teeth in children. On their availability, one should not turn a blind eye and hope that with age they will equalize. Take the child to a consultation with the dentist. This will prevent serious consequences, for example, incorrect development of the rudiments of permanent teeth.

Unfortunately, even with the right bite and good baby teeth, some of the permanent teeth can grow crooked. Most teeth, especially those that touch the forelegs, erupt irregularly. This feature is considered the norm. Gradually, going out, teeth unfold. Thanks to the growing jaws, there is more room for them and they are straightened out. However, sometimes the jaw does not grow as fast as the teeth that do not grow with the baby, but erupt already as large as the life will last. Then the teeth do not reach a place and they curl or creep one on another (sometimes lining up in two rows). Also, the child’s tooth may grow crookedly due to the untimely removal of the milk tooth.

How to provide a child with equal teeth

The jaw pathology or the curvature of the teeth can occur at any age, until the formation of the dental system (this occurs after the eruption of “wisdom teeth”) is completed. To prevent or identify a problem, you need to visit the dentist regularly. A good doctor will notice abnormalities and send them to the orthodontist.

To consult an orthodontist, you can lead the child on their own. The first time it is recommended to do this when the baby is two years old. After the examination, the specialist will determine whether there is a pathology or prerequisites for its appearance and, depending on this, will give recommendations.

If there are prerequisites, it is necessary to work with what they are connected with. For example, if the kid constantly sucks a finger or gnaws at the fingernails, disinfect it from the habit. If enlarged adenoids prevent the child from breathing, consult an otolaryngologist and solve the problem. With special teeth that have slight curvatures, special exercises can cope.

If there are problems with bite or teeth, it is recommended to start solving them as early as possible. The earlier you do this, the easier it will be to achieve positive results. Today, teeth are straightened with braces or plates.

Braces are usually installed for children over the age of twelve, although in some cases they can be installed from six to seven years. These attachments are attached to the teeth and worn constantly. There are many types of braces: metal, ceramic, fully transparent, etc.